Hello ! I began to start making a template but finally stopped.

The Concept of transparency is really great ! that's the big idea !

Even if The midi functionality are basic, it's enough to play with .

it's inspiring to place object together with the daw, thinking of "best" placement for a switch or a fader or a container , i love it !

But for me it lacks of Basic aesthetic . First of all, it lacks of color !! really please i need all the color 🙂 . In fact to make templates to play wit: Possibility to put background for all object (images (in jpg or png) , background colors) , Gif ? i used a software witch name is "tbmidi stuff" that was so great for making beautiful templates but the developper was totaly unable to update it and there were lot's of bugs.then i stopped using it. But he uses for example gif for animated object and we were able to load a gif that had "x" frames and when we moved for example a fader that has a gif associted , it "read" the frame of the gif corresponding to the position of the fader. so smart.

That was an example . But for now , just some more color would be great ! 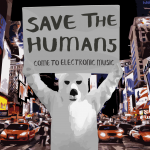 Skins not is something in the roadmap.
About colors, you have a pallet of 16 colors, probably later some moment of 2019 I can back to collors, anyway there is no high priority in that task right now, anyway…..I try......patience.
Don't forgot start share your templates when have something ready!
I want see what you are doing  🙂

The point for me is that i really began to do one for my instruments in Ableton but (and yes it's for me) i'm not really enjoying because of the lack of aesthetics possibilities.

But i understand that it is not prior for you and have no problems with that. I will wait until something new come about that .

anyway ! As i already said , the concept is great and i really like what you did .

Somewhere between touchable pro and lemur from line (on the ipad , then it's not totally comparable). but a looot more stable ! And that's a reaaally good point ! 🙂

You made a good choice in my point of view ! people acquiring more and more touchscreen for windows but it lacks a bunch of software that really are touchable and thought for that on windows!

I already see the potential not only for DAW but for video software (thanks for the scrubs!!)

Lol I said 16...……….. you have 10 right now on the software, sorry bad typo.
I can easy increase the palette with a simple palette selector. Is what I have on mind.

The current palette need more colors, and better selection mode, what the software have now is a mess, I know.
Anyway a full palette with a color picker, just make the process of select color more complicated, when the reality is  in some cases, and depending of color,  your eyes on a template (plagued of controls with pure vibrant colors) wont  able to really see a important difference between more of 3 pure color  tonalities.

This is a simple example, of what have on mind:, lol is familiar for you   ? 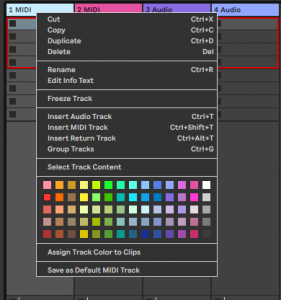 And if you observe very careful there is a lot of colors really not have sense on Chameleon.
When you put colors as brown in a template already use any other bright color, trust me..... you remove in instant way duet the control result in less visible control. At the end of day you finish doing usage of the most common and more brilliant colors, and the number of available color for that, really is reduced.

Anyway, yes the palette need be expanded a little bit more, and also count with nice selector behavior.
This is what I already have on road map. Full palette with color picker, no.

If have some time to think on this, will be great if you can collaborate with me in this new palette of colors.How many colors really have sense?............and what that colors are?
The new palette need be re-thought in very careful way.

This post was modified 1 year ago 2 times by SaveTheHuman5

First i understand what you say. Doing clear template for GIG and having a restrained color palette etc to be efficient. I know this to.

But in my case i want to do templates that have the style of the software, synth, FX it controls . Not only a TXT on the bottom that say for example "DIVA" with faders, knob, X/Y that are all the same .

Regarding my general behavior in my project. I need to have the choice between everything and i peek what i need in it.

I don't do something in an environment that i feel "restrained" . When something is missing for me, i just don't do .

For example , i began to do a template for "Bitwig" using the Mossgraber OSC4BiTWIG script but after working with the guys who made a V1 project i stopped . big technical issue with OSC protocol regarding liine (and the lemur) that is not really compatible with OSC .

But concerning the purpose of making template, i spent a lot of time making each object in canvas scripting (like the LOGO programming, you code the way it draw...lol), and i did that because i could do whatever i want....even if it was long

Concerning the color : Having all the color for me , means having nuances .It does not mean making colorful mess.

If it's not possible to have more than X color . each people see things his way and i don't have problem with that . It's just not the way i like to do things and there is no debate on it for me . it's just a different point of view and i respect the way you see things differently .

Thanks for the attention you have on post ! Have a good day ! 😉

I mark this topic as solved.